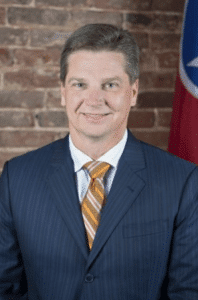 As you all know, partner Jeff Cherry is a former Metro police officer. The other day, he received a note from someone who started a Neighborhood Watch back in 1996. More than 20 years later, she still remembers the respect Jeff Cherry had for her, her neighborhood and what they were trying to do. We’d like to share that note with you, with her permission. We’ve removed her name and the name of her neighborhood, out of respect for her privacy:

As a Metro police officer back in 1996, you helped me start the first Neighborhood Watch group in my Nashville neighborhood. I was so impressed with the caring, principled way you approached your job, and the respectful way you treated everyone. You gave me confidence at a crucial point, to push ahead with what seemed like an awfully daunting challenge, confronting drug activity among my neighbors. Ultimately we were successful and I wanted to thank you later, but learned you had moved on to study law.

Anyway, just saw your name mentioned in an article, and wanted to reach out after all these years and again say THANK YOU, and let you know what a big difference you made for us.

Notes like this remind us why we do what we do, and we are honored to share it with you.