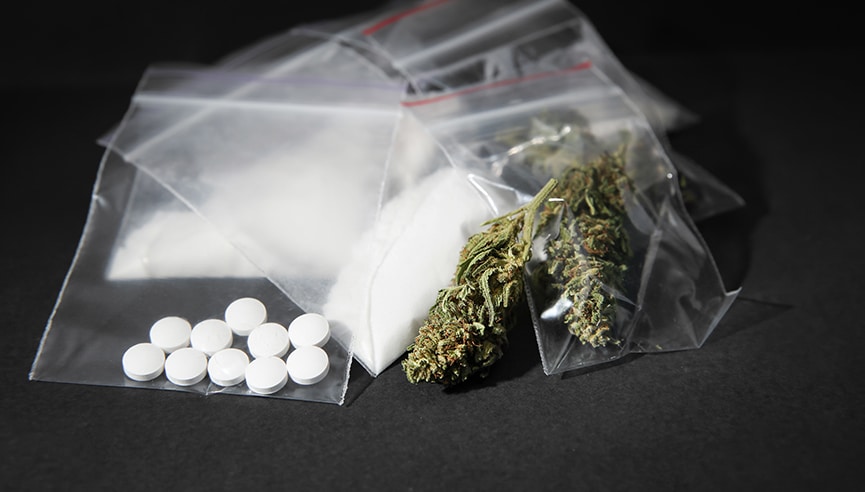 Drugs and crime are related to one another in many ways. In their most direct relationship, it is a crime to use, possess, distribute, or manufacture drugs that are classified as having the potential to be abused. Being charged with a drug crime is a serious matter. Even for a seemingly minor charge, you may face fines, probation, and a permanent criminal record that can affect your future.

If you are facing drug charges, you need a skilled drug crime defense attorney. You are encouraged to contact the Lebanon attorneys of Lowery, Lowery & Cherry PLLC, to schedule a confidential consultation today. Our firm has 70 years of combined experience and has helped many locals and out-of-state visitors mitigate the consequences of an arrest.

How does Tennessee classify controlled substances?

In Tennessee, most drug crimes are felonies, with the exception of being in possession of less than half an ounce of marijuana. Tennessee has classifications for drug charges, which are referred to as "schedules." The following five schedules of drugs define the likelihood of their abuse and their medicinal value ranging from:

Charges regarding a drug offense that involve a Schedule I drug are much more serious than those involving a Schedule V drug. Marijuana is considered a Schedule VI drug in Tennessee, which comes with lower penalties, but is still a crime.

What are the penalties for a drug violation in Tennessee?

A charge such as simple possession, (less than half an ounce) if it is the first offense, is considered a Class A misdemeanor, which carries potential penalties of up to one year in jail and fines of up to $2,500. A person may be charged with possession for resale of marijuana for less than one half ounce if the officer has proof of sale such as text messages, emails, or if the marijuana was packaged in many small dosages.

Possession of more than half an ounce of an illegal drug rises to the felony level with the intent to sell, which carries not only a much steeper consequences of a felony with greater fines and longer jail sentences up to 30 years. There are also serious collateral consequences, such as becoming ineligible for financial aid, difficulty finding a job, disqualification for certain housing situations, diminished job prospects, loss of voting rights, and the loss of the privilege of owning a firearm.

Drug offense punishments generally depend on:

Tennessee considers possession of drugs for personal use to be a serious crime, but not as serious as the production, manufacture, or sale of illegal drugs. Drug possession may result in a fine, but minimum sentences can range from one to three years in prison for first-time offenders and escalate rapidly for repeat offenders. In some cases, sentences may be modified if a drug offender is willing to complete a drug treatment program.

In Tennessee, it is a crime to sell, deliver, manufacture, or possess an illegal controlled substance.

Drug possession is legally defined as having or being in control of any controlled substance or unauthorized prescription medications. You can be charged with drug possession even if you merely possess drug paraphernalia or any drug-related items or accessories. The severity of the penalty depends on several factors, including the type and amount of drug involved, the circumstances of the arrest, and any prior drug convictions you may have. Based on these variables, penalties for drug possession in Tennessee can range from a small fine to jail time.

Clients turn to us when facing the following charges and penalties:

Keep in mind, the penalties delineated above are pursuant to Tennessee state law. You may also be charged under federal law. Our attorneys are proficient in both state and federal law.

When does a drug crime become a federal crime?

Unless your charge is for a simple possession, you may be facing federal drug charges. Offenses such as possession with intent, sale, drug trafficking and conspiracy, or drug manufacturing may carry federal charges depending on the type of drug in question and the amount of the drug. If the perpetrator transports drugs across state lines, and/or if a person is caught distributing drugs while in possession of a firearm, this violates several federal laws, and can lead to multiple charges.

Convictions for drug crimes at the federal level may carry tougher penalties in the form of longer sentences, much higher fines and no parole. The experienced Lebanon federal drug charge attorneys will investigate your case, review the charges against you, and work to have as many of them reduced or eliminated.

Drug trafficking is a catch-all descriptor for all aspects of drug manufacturing, delivery, sale, and possession with intent to distribute. Crimes such as these are usually prosecuted as felonies, which, if tried at the state level, carry mandatory minimum prison sentences. Drug trafficking cases can also be pursued at the federal level if the contraband crossed state lines, if the arresting officer was a federal law enforcement officer, or if the crime took place in a national park or property.

Those who are suspected of producing, distributing, transporting, or selling illegal drugs might face drug trafficking charges. Tennessee has mandatory minimum sentences for drug trafficking which might include significant fines, long prison sentences, and the possibility of probation or supervised release.

There are several factors which can mitigate drug trafficking charges, such as the type and quantity of drugs, and/or whether the perpetrator was arrested within a school zone or near a playground. Evidence that the drugs were transported across state lines will likely trigger federal charges.

For competent guidance, hire a drug crimes defense lawyer at Lowery, Lowery & Cherry, PLLC. Our skilled negotiators can significantly mitigate the consequences of your alleged offense.

Were you arrested for possession at Bonnaroo?

The annual four-day Bonnaroo festival in Manchester attracts tens of thousands of people from Tennessee and the surrounding states. Law enforcement agents are certainly aware of the drug use that occurs at the event. Aiming to curb this criminal activity, police officers and drug task force agents enhance their efforts to apprehend individuals suspected of drug possession not only at the concert but also on our interstate highways. If you were arrested for possession at Bonnaroo, our attorneys can help.

If you’re facing any type of drug charges, Lowery, Lowery & Cherry, PLLC can help. From simple possession to interstate drug trafficking, we are here to design a sound defense strategy and protect your rights. We serve clients in Nashville, Lebanon, Mt. Juliet, Cookeville, or elsewhere in Tennessee. To set up a consultation, call 615-444-7222 or fill out our contact form.