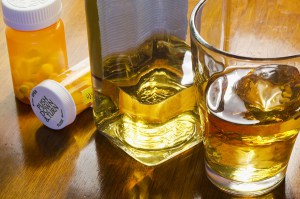 Tennessee enacted two new laws in July of 2014, aimed at reducing the amount of repeat offenders on the road.

In a tragic event in August of 2012, a 16 year old girl was killed after a head-on collision with a “repeat drug and alcohol offender.” As a result, Amelia’s Law allows anyone who is convicted of a crime involving drugs or alcohol to be fitted with a transdermal monitoring device (TAD). TADs work by continuously monitoring the blood alcohol level of an offender through an ankle monitor, or by measuring a person’s drug intake via sweat through a drug patch. It is crucial to note that it is not restricted to drunk drivers; anyone who breaks a law while impaired can be sentenced to wearing one.

This particular act is designed to ease the burden of our county jails and prisons in Tennessee, which cost about $900 million each year. The Act allows the courts to sentence repeat offenders to mandatory substance abuse counseling. Like Amelia’s Law, it also gives the Tennessee courts the power to require TADs.

As criminal defense attorneys, we believe in the good that the Recidivism Reduction Act can do, as it attempts to treat the problem of alcohol and drug abuse and addiction, not simply punish the symptoms. But we are leery of TADs in general, as they’re not 100% effective.

The Washington Post ran an article a while back about a man who tested an ankle monitor. The writer discovered that when he spilled Listerine on his monitor, the machine registered an off-the-charts alcohol reading. That means that the writer’s actual drinking of alcohol later that night went unnoticed by the company which monitors the data. Thus, a TAD wearer who spills a certain substance on his or her anklet may face steep penalties (especially if he/she is in a rehabilitation program) for a “crime” that wasn’t committed. It also goes to prove that the machine can be “beaten,” meaning that the offender may not be receiving the help he/she needs for the abuse.

We’re not saying that these measures are bad; we just aren’t sure about their efficacy. And we certainly worry about how fair a shake people might really get if they look guilty but are really innocent. For now, we’re going to keep a close eye on how these new laws could affect potential clients, so that we can continue our legacy of being prepared for anything.

If you have questions about these laws or need a skilled Tennessee DUI attorney, please contact Lowery, Lowery & Cherry, PLLC for more information.

We Will Represent You For Any Type of DUI Arrest

Can I choose between a blood, breath or urine test when arrested for drunk driving in Tennessee?

No. Tennessee law permits a police officer to decide which test(s) to administer… Read More