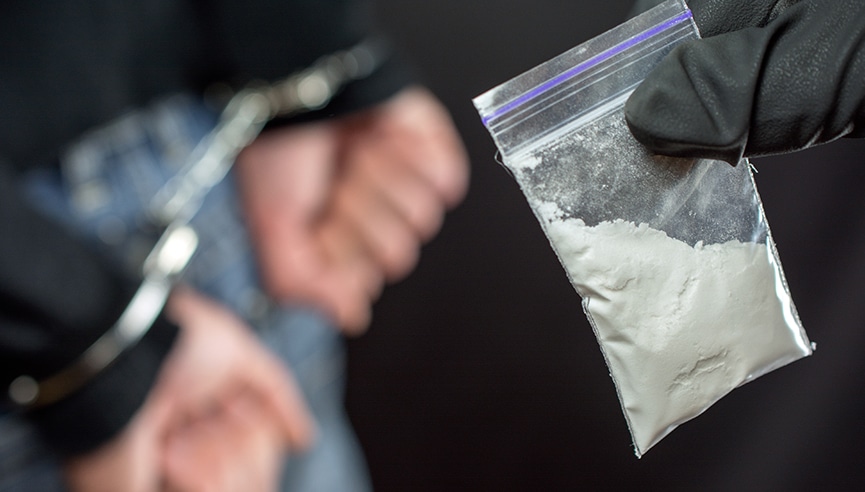 Defense for possession charges in Nashville, Mt. Juliet, Cookeville, and throughout Tennessee since 1962

Drug possession charges can result from an individual having control or ownership of a controlled substance of any amount. This applies to possession on their person, and within their vehicle, home, or any other location that’s under their responsibility. Depending on the type and amount of drugs with which you’re charged, there can be a variety of repercussions for conviction. These can include your future work and schooling opportunities, financial penalties, and jail time.

The Lebanon drug crime defense attorneys at Lowery, Lowery & Cherry, PLLC have decades of experience representing clients across the state when facing possession charges. If you find yourself arrested for drug possession, it’s crucial you have knowledgeable legal guidance. Don’t hesitate to contact our offices today for assistance.

What are the drug possession laws in Tennessee?

By law, drug possession is defined as having or being in control of any controlled dangerous substance (CDS) or unauthorized prescription medications. If you possess drug paraphernalia, or any accessories that relate to drug use, production, or drug distribution, you can also be charged with drug possession.

Even if you have a drug in your possession for personal use, if you have a CDS without a valid prescription, it’s considered illegal. According to Tennessee statutes, a first or second possession conviction is a Class A misdemeanor, with fines up to $2,500 and up to a year in jail. If the simple possession is for methamphetamine, the minimum jail sentence is 30 days to serve on the first offense. Three or more drug possession convictions are Class E felonies, which can lead to fines of up to $5,000 and up to two years in prison.

Are there different types of drug possession charges in TN?

Drug possession is, quite simply, the crime of possessing illegal drugs for any purpose, including:

However, there are two different types of possession of which you should be aware – simple possession and possession with intent to distribute.

Tennessee law considers simple possession, or casual exchange, the least serious drug crime. To be charged with possession with intent, the sale of a controlled substance, or trafficking, it requires that a person have a larger quantity of the drug. For simple possession (less than one-half ounce or 14.17 grams), the government must prove that the defendant knowingly possessed or exchanged a controlled substance, unless they had a valid prescription.

The possible penalties for simple possession or casual exchange include:

An example of simple possession might be a person arrested at Bonnaroo with less than a half an ounce of weed, while possession with intent involves holding larger quantities of drugs. A simple possession charge will typically be prosecuted in a state court. However, if the arrest was made in a state park or on federal property, the charges will be made in federal court.

While marijuana has been legalized for personal use in many places throughout the country, it is still illegal in Tennessee and it carries criminal charges. Possession of more than one-half ounce of marijuana is a Class A misdemeanor which carries serious penalties, and it will be part of your criminal record.

Possessing a controlled substance with the intention to manufacture, deliver, or sell it can be a Class B felony, depending on the schedule of the substance and the quantity in question. The severity of penalties for a drug possession conviction varies depending on several factors, including:

For possession with intent, a person might face fines of anywhere between $2,000 and $500,000, mandatory minimum jail sentences, fees, and other court costs.

Penalties for possessing drugs with the intent to sell them are generally much higher than for simple possession, and they are also more severe if you possess drugs with a higher potential to cause injury or death. The specific drug crime charges you face may also vary based on the type and amount of drug in your possession as well as any past drug convictions you may have. Also, penalties are often twice as harsh if evidence suggests that the drugs were intended for sale to minors.

Is there a way to keep a simple possession charge off my record?

If you are convicted of a simple possession charge, it will be on your permanent criminal record. However, there are several ways you may be able to keep this charge off your record. One is pre-trial diversion and the other is judicial diversion. Pre-trial diversion is not available in every county in Tennessee. Given that every county handles these programs differently, it is vital that you work with an experienced Lebanon drug crime defense attorney who is familiar with the local courts where you have been charged and knows how to advise you according to the facts of your case.

The Lebanon drug crime defense attorneys of Lowery, Lowery & Cherry, PLLC possess more than 70 years of combined legal experience. If you’re facing simple drug possession or possession with intent to distribute charges, we are here to fight for your rights and protect your future. We serve clients in Nashville, Mt. Juliet, Cookeville, or elsewhere in Tennessee. To set up a consultation, call 615-454-9404 or fill out our contact form.